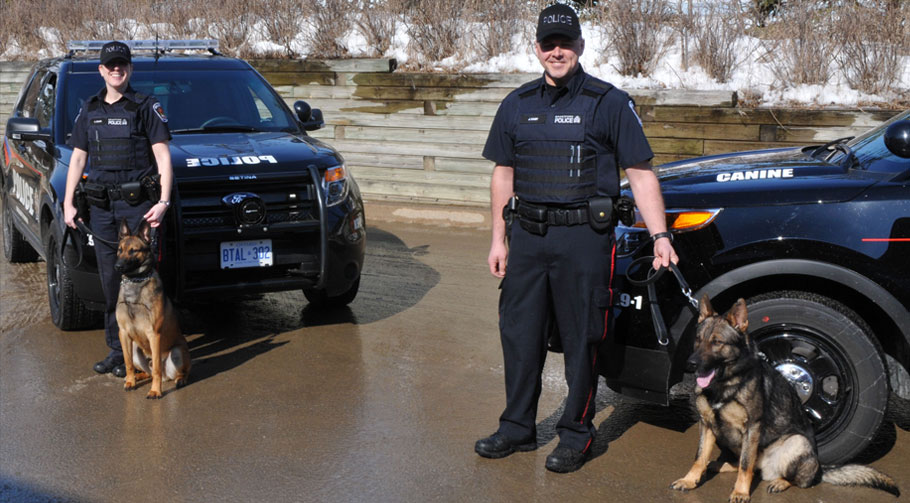 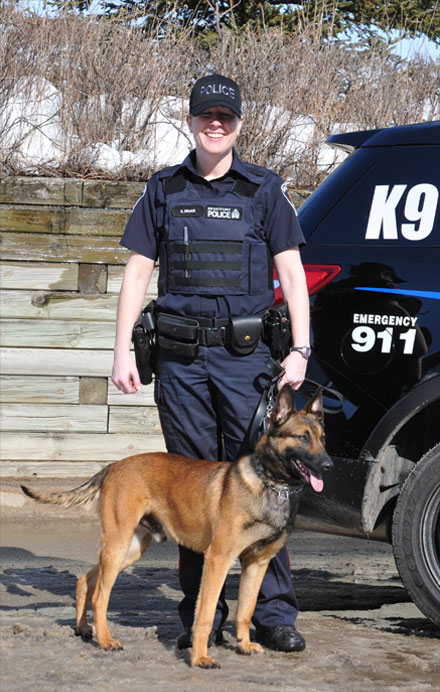 Kari Drake has been a patrol officer with the Brantford Police Service since 2005. Kari was born and raised in Puslinch Ontario and is a graduate of the Police Foundations program at Mohawk College.

Kari has been a coach officer to new recruits, a member of the Better Enforcement Action Team (Downtown BEAT Unit) and is a trained Scenes of Crime Officer.

The Belgian Malinois breed is known as an active, friendly, protective, alert and hard-working dog most often used for personal protection. Their ability to detect odours such as explosives, accelerants (for arson investigation), and narcotics; tracking of humans for suspect apprehension in police work; and search and rescue make them ideal for police work. They have very high levels of energy. As of March 2014, Scout was 17 months old. 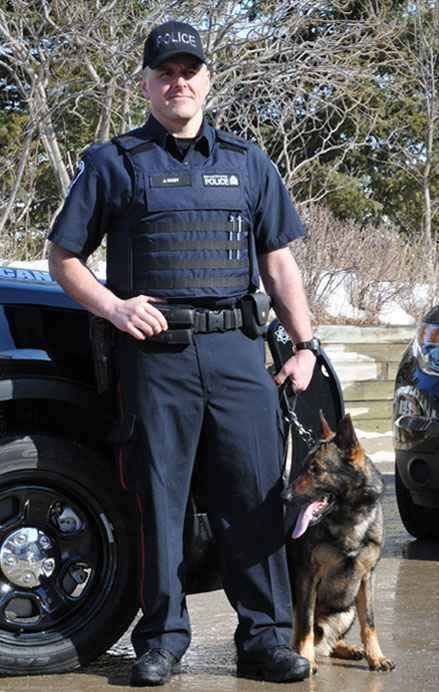 Jason was born and raised in Brantford.

2014 will mark the completion of sixteen years of service with the Brantford Police Service. During that time, Jason worked in Community Patrol, High School Resource Officer at Assumption and St. John's, he worked in the Street Crime Unit and in the Major Crime Investigation.

The opportunity to be a part of Brantford Police Service's first K9 unit was very important to Jason. He believes it to be a great honour to assist in building our K9 unit. Jason has always loved K9 dogs and their abilities. The bond these dogs have with their handlers is truly special. Jason feels, "Privileged to have been chosen as one of our Service's K9 officers."

Ranger is a German Shepherd. The strength, courage, intelligence and trainability, of German Shepherds have made them the preferred breed for many types of work including guide-dogs, personal-protection, search-and-rescue, police, military.

Ranger, has an energetic personality. He's very social and friendly but when it is time to train, he gets switched on to higher level! So far, he loves the training.