Marijuana grow ops continue to be an escalating problem in our City and across the country. Don't assume that your street is safe. Criminals who establish grow houses aren't particular about the neighbourhoods they invade. It doesn't matter if your street is located in a new subdivision or in an older, well-established suburb, this dangerous and illegal drug activity crosses boundaries.

The adverse effects of growing marijuana in an enclosed environment, or residence, are staggering. 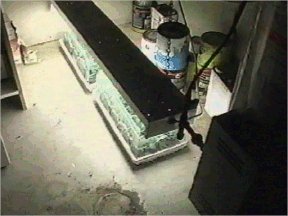 It's A Hydro Hazard

First and foremost is the hydro hazard. Hydro is used to power the lighting equipment inside a grow op. A marijuana grower floods the garden with 18 - 24 hours of light during the vegetative period of the grow. The lighting systems require a large amount of hydro and as a result hydro is usually stolen. The marijuana cultivator will usually smash through the foundation of a home and tap into the hydro before it enters the hydro meter. This results in structural damage to a residence and a possible electrocution hazard to those living around the affected residence. There is also a possibility of "charging"? the ground at the site of the electrical bypass. Therefore, someone could be electrocuted just walking over this area. 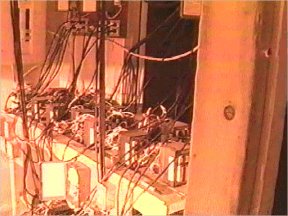 And Then There's The Mould

Another dangerous condition relates to mould, which has a devastating effect on those who suffer from breathing difficulties. Moreover, exposure to mould over long periods of time can result in numerous breathing problems in future years. When marijuana is grown in a contained environment, the grower is trying to manufacture the optimum environment for maximum yields. The grower has to expose the plants to high amounts of light, water, fertilizer, and humidity. The manipulation of these elements trick the plant into believing that it is outdoors. The grower then changes the times the plants are exposed to light, tricking the plant into believing it is ready to bud. The resulting effects of these factors provide a perfect breeding ground for mould. The marijuana grow is usually vented into the attic of the residence to make the detection of the odor of marihuana more difficult.

When a marijuana grow has been dismantled, the mould has to be professionally removed from the residence. The simple act of washing and then painting will not take care of the problem. The cost of having the home professionally inspected and cleaned can cost thousands of dollars! 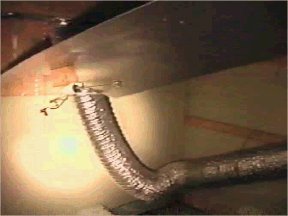 We Need Your Help

Our Street Crime Unit continues to wage an effective battle against criminals who dare to cultivate this dangerous and illegal crop in Brantford. But we need your help! If you are suspicious that a grow op. is operating in your neighbourhood, call Crime Stoppers at (519) 750-TIPS, or give us a call at (519) 756-7050.

Together, we can make our communities safer!